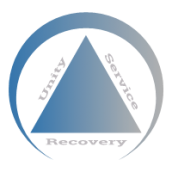 The Evolution Of A Higher Power

Bill Wilson wrote the Twelve Steps in December 1938 in the space of one night. Bill reports, “I was greatly pleased with what I had written”1 and he was unprepared for the response he got when he read his steps to the young New York group. “The ‘liberals’ were appalled and said so.”2 The ‘radicals,’ led by Hank P. and Jim B., pressed their concerns that there was ‘too much God’ in the Twelve Steps. The christian “conservatives” loved it all, exactly as written.

The radicals and the liberals feared the aggressive evangelism would be off-putting for drunks. Dr. James Wainright Howard, who Bill credits with changing the “you musts” to “we oughts”3, declared the preachy nature of the manuscript to be “pure Oxford Group”. The evidence of experience was brought to bear: “Alcoholics who had tried the missions were forever complaining of this very thing. The alcoholics’ unreasoning resistance against the specifically religious approach had severely handicapped the missions.”4

Bill resisted at first, but eventually conceded. The phrase ‘God as we understand Him’ was suggested by Jim B. “Weasel wording the ‘God stuff’ made it possible for people of widely varying beliefs – even nonbelievers – to embrace AA’s process of spiritual transformation.” 5 At the center of the battle was the truculent and unapologetic atheist, Jim Burwell. Many years later, Susan Cheever, in a piece for The Fix, “The Angry Atheist Who Made AA Great,” wrote of her title character – “Without this nonbeliever, AA would never have thrived”. (The Fix, July 13, 2013)”6

There were others in the “radical” camp, albeit somewhat less militant. “There were agnostics in the Tuesday night group, and several hardcore
atheists. These men essentially accepted the “strength of the group” as a higher power. Years later, Bill Wilson was obliged to acknowledge that the troublesome heathen horde had ‘widened the gateway’.”7 There are those who would argue that had every “God” reference” in AA’s literature been changed to a “higher power,” the gateway would be far wider still.

Burwell’s influence on Alcoholics Anonymous has been profound. As the world has become increasingly secular a more Christian AA would be unpalatable to a huge percentage of the current membership. For comparison, judge the relative success of Alcoholics Anonymous against the success of its purely Christian off-shoot Alcoholics Victorious, which was formed in 1948. It is not only the atheists of today’s AA who owe thanks tot his stubborn advocate of “freethinking”.

Next month: The Truth About Tradition Three.